Why Women Choose Acupuncture While Pregnant 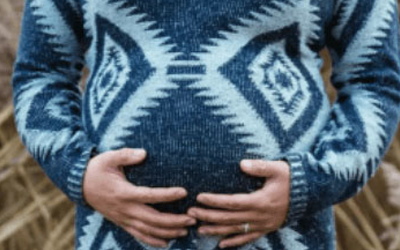 Being pregnant is an amazing rollercoaster of change for a woman’s body which will ultimately lead to a healthy new born baby in most cases and will be worth all the upheaval that comes along with the process.
But while that is said there are still a lot of symptoms that women can experience during pregnancy that can leave them very uncomfortable.
When a woman is pregnant western medicine doctors will rarely prescribe medication due to the potential for injury to the baby.
When I have asked women in my clinic why they choose to come to an acupuncturist to help them with which ever ailment they are suffering from at the time I usually get broadly speaking the same answer most times. They say that turning to alternative/complementary health care gives the them a degree of choice and helps them regain some control over their changing body during pregnancy and to feel comfortable within that change over the 9 months.
Pregnancy is a natural occurring event in a woman’s body (if she chooses to have children) it shouldn’t be treated as an illness but rather a dynamic changing of her body which along the way many need help adjusting to these changes. The dynamic of treating holistically that acupuncture provides really seems to suit women who are pregnant, they seem to really appreciate the chance to get in tune with the changes naturally happening in their bodies.

This is why I used Acupuncture during my wife’s two pregnancies with our beautiful children to great effect for her. Not only did it help her a great deal with all the changes especially the fatigue and ease the morning sickness symptoms dramatically. During the delivery of our first baby I used needling to help with changing his position in the whom to turn the baby so as he was in the correct position for delivery. On our second child it particularly was effective when it came to the last phase for labour preparation. In fact it was so successful for labour induction (very different to hospital induction) that we just made the hospital and our second child was the quickest delivery of 2016 in the Rotund apparently !
Basically what I’m saying is that as well as treating women for all aspects of pregnancy for nearly 20 years I’ve used it on my with wife as well and have the direct experience of knowing how much relief it can bring to a patient and to my wife personally so I highly recommend it.
An interesting side note that I have noticed during my time treating women for pregnancy (my own children included) is that when a woman receives acupuncture during the term of the pregnancy the children usually sleep really well which is amazingly good news as sleep depravation can be horrible!

Over the course of the 9 months that a woman will be pregnant there are numerous changes that will be taking place and of course some symptoms will present along that journey. Thus this list may appear long but they are all commonly seen and experienced by women all over the world that are pregnant:

MOST COMMON SYMPTOMS TREATED IN CLINIC:

In clinic the most common complaints women come to the clinic during pregnancy for are:

Out of all the symptoms and most common symptoms listed the areas of the pregnancy that seems to give women the most anxiety are the first 12 weeks, labour preparation and breech baby positions.
During the first trimester (first 12 weeks) treatment is all about supporting the mothers cositution and points that help the uterus hold the developing foetus. Labour preparation in my opinion really works best during regular treatment over the course of the pregnancy with the last part focusing on natural induction. However if I haven’t been treating a woman over the course of her pregnancy it still works very effectively. Normally taking between 3-5 sessions to have the desired effect. Acupuncture treatments for turning breech babies are typically started between weeks 32 and 34 of pregnancy. Studies have shown that acupuncture alone has about a 70% -85% success rate in turning a breech baby.
What can be common if the above list is not enough is for old back injuries or structural injuries to flare during pregnancy due to the physical changes in the structure that need to occur so as your body adjusts for the growing baby. So my advice is that if you are trying for a baby have someone treat you for these first so that you at least ease some discomfort a head of time.
As I said at the start conceiving and being pregnant is a completely natural process with a few bumps sometimes along the way. If you or someone you know may be having some of the symptoms above during your or a friends pregnancy get in touch with us now if you would like some relief and we will be able to help you out.
Resorsces for blog:
Personal Clinical experience
Acupuncture in pregnancy and childbirth by Zita West
Natural News